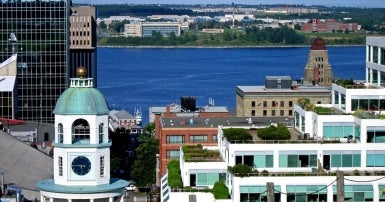 Talks have broken off between outside workers at the Halifax Regional Municipality and their employer. After 18 days of bargaining, including two days of conciliation, the members of the CUPE 108 voted overwhelmingly in favour of job action on Friday, February 21.

The local has been without a contract since October of 2017.

CUPE National Representative Todd MacPherson says it has been a long, tough road and the union’s bargaining committee is frustrated with the employer’s lack of respect for the workers. “The employer has not been willing to address the members’ concerns over employment equity and wages,” MacPherson says. “There are still barriers in place that prevent equal access to employment and advancement for all persons, that should not exist in 2020.”

MacPherson adds that the employer is asking for changes to sick time, but the union is standing firm. “CUPE 108 will not agree to a concession on sick time,” he says. “Not one step backwards.”

He says the employees are very concerned about the impact a withdrawal of services will have on the residents of HRM and are urging the employer to invite them back to the bargaining table as soon as possible.

The 300 CUPE members provide outside services to the municipality including snow removal and maintenance of parks and recreation and other facilities.

There are no upcoming events.